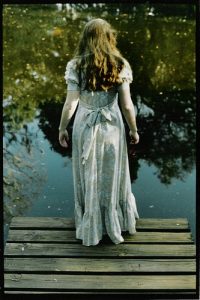 As genuine lovers of God, we do not immediately attain to all that we seek to walk in and HE IS OKAY WITH THAT. He sees our willingness even when our flesh is weak. Isn’t that cool?

I can’t get away from this.

God’s response to us does not depend on Him but on us.  He feels different emotions related to how we relate to Him.  Some people may feel confusion wondering is God mad at me? Is God happy with me?  Does God even care about me?  How sad to live in condemnation thinking God is mad at us when in reality He is delighting over us.  But, equally as sad is the presumption that He is delighted with us when in actuality He is grieving because of our compromise.

We receive righteousness and God’s acceptance (favor) because of what Jesus did on the cross not because of what we do.  (Rom 3:21-31) But it is necessary to repent to receive God’s saving grace.  Repentance is a change of attitude, a turning away from sin to God according to the “light of understanding” that we have at each season of our journey.

However, spiritual immaturity is not the same as rebellion.  They may look the same on the outside, but inwardly they arise from very different heart responses.  Our actions do matter to God, however, God looks at our heart MORE than our actions.

To be genuine means to not be fake or counterfeit.  A genuine lover of Jesus tries their best to pursue to obey Him with a willing spirit.  A sincere, yet immature believer will quickly repent when they realize they have failed as their light of understanding increases.  A rebellious heart will say “No” to God and make excuses or try to justify their disobedience.  Pre-mediated sin, planning to disobey beforehand, is much for serious to God than immaturity.  God delights with the heart that earnestly wants to obey.

Sincere intention to obey is not the same thing as the attainment of mature obedience.  But God is pleased with us from the time that we set our heart to obey which is a long time before our obedience matures.  A believer, who sins, demonstrates their genuineness by quickly repenting and renewing their war with that sin.  Sincere repentance does not mean “sinless perfection” it just means someone who is spiritually immature.  The sincere desire to obey is the evidence of God’s work in your heart.  It is the step to victory to overcome sin.

There is a nasty word that floats around the circles of the church – hypocrite.  A hypocrite is someone who says one thing and does not pursue or seek to obey it.  Struggling in weakness (immaturity) is not the same thing as being a hopeless hypocrite (rebellious). It all stems from the attitude of the heart.

In the Old Testament, the law spoke of clean and unclean animals: sheep and pigs both got stuck in the mud.  God does not confuse spiritual immaturity with rebellion.  If we confuse this we can bring others under condemnation, which can injure their faith.  Conviction of the Spirit, in contrast, gives the confidence to go deeper in God.

Jesus didn’t view the spiritual immaturity of the Apostles the same way that he saw the rebellion of the Pharisees.  David’s sin seemed a lot more serious than Saul’s.  The difference was when they were confronted with their sin, what was their response?  David repented because he cared more about his relationship with God than the consequences.  Yet, Saul pretended to repent and continued in rebellion.

God’s mercy gives us confidence that we can begin again when we repent.  We need to understand the process and mindset that contributed to a stronghold of sin in our life but His grace empowers us in the process.

What is your identity?

Are you a slave of sin who struggles to love God?

Or are you a lover of God who still struggles with sin?

As genuine lovers of Jesus, we need to know that He sees us as willing even when our flesh is weak.  He believes in us.  He doesn’t see us in our failures.  He sees us as what He knows we will become.  All He asks is that we try our best and when we mess up, repent and get up and try again.