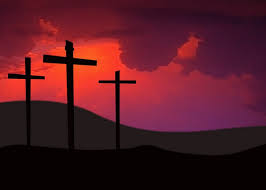 How do you get into the Kingdom of God?  Faith. Faith in what?

Faith in the cross and everything it means is the key to the kingdom.

The power of God comes through the cross.

Because of the cross, we have access to our friend, the King, who with great mercy releases judgment that reconciles hearts to His father and works with great signs and wonders on our behalf.

So, what is the cross?

It is the symbol of love.  It is the ultimate sacrifice that says “for you, I give it all.”

It was a place of humility for our Lord who bared His heart, His all, who voluntarily gave up His glory, His power for the ones that He loved more than himself.

It was the place that He expressed His longing that came from His heart like one who mourns for the one that He loves.

It was the place that He demonstrated meekness that we would know how to have influence like Him on this earth.

It was the place that He chose to be hungry and thirsty so that righteousness could come to those who sought it.

It was the place that He laid down every agenda that His human heart could ever had so that the ones that He loved could see God.

It was the place that He released the tidal wave of mercy that those who repented could find mercy for their sins.

It was the place He said – this is what peace looks like – TRUTH.  The truth is that through Him salvation would come, captives would be delivered, blind eyes would see, prisoners would find freedom.  It was through His obedience that the ones He loved would find favor with  God – the same kind of relationship, the friendship that He enjoyed with His Father.

Our obedience would be to embrace that cross – not to climb on it like He did.

Our obedience would be to not focus on our outward behavior but to let our motives, our hearts be moved to believe in His love.

Our expression of our love to Him would be to imitate His love.

In the Beatitudes, He prophesied His future while describing the place of blessings.  He says, “If you want to be in My Kingdom, be like Me.”

He says to know that in My place of anguish, that I saw the bigger purpose and believed in My greater destiny and found joy.  For in My hour of paying for sins that I didn’t commit, I paid forward fulfilling the debt for the ones that I loved.  In the place that I suffered, I thought not of my pain, but of you.

He knew the resurrection would come.  He knew that He would spend a Saturday night getting some keys.  He knew that if we avoided the cross of Friday, and chose to only live on the glory of the Resurrection, that eventually our life would be a graveyard of running around looking for Him.

I believe in the power of the resurrection and the promises of God’s Word that I will walk in the power to overcome life’s obstacles, that Friday doesn’t last the rest of my days on this side of glory.  (Afterall, although Paul went through some hard stuff, he didn’t stay in prison, his beatings healed, he did eventually get to eat and get some new clothes…but I am coming to understand the revelation He gave us that achieving that place of faith that moves mountains comes in the place of growing into that power through embracing the suffering of the cross.)

I wonder if his breakthroughs came when he found joy at the moment by focusing on showing others the beauty of the cross.

“Lord, Jesus, my King, as I sit and look at Your cross today and ponder

the beauty of its meaning in my life, I am so moved by Your love.

In the places of my own suffering, as the old me must climb on that cross to die,

I ask for Your power – the power that took You from Friday to Sunday to manifest in my life.

As I am dying, let me be moved by the others beside me on their own crosses of suffering.

As I cling to the promises of resurrection that You have promised,

let my heart surrender to the grave to be transformed into Your likeness.

not to my mind but to the depths of my heart and spirit.

As I ponder these beautiful Truths from the mountain,

that has blasted my heart with new love for You like never before.”

#4  Ponderings from the Sermon on the Mount.  For the next blog in this series, go to “Who is this King?”