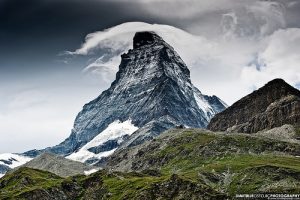 Sometimes I feel there seems to be a greater reality than the natural that I can see and process through the five senses.  In pondering this, I have been retrospective about the changing of the seasons.

About ten years ago, I learned about the “Mountain of God” and I wanted to go.  Mountains in the natural contain multiple ecosystems, have unique vegetation that reflects the climate but have some similarities with tree lines, rocky cliffs, and food sources in the valley.  And so I have discovered …. in the “Mountain of God.”  All I can remember is the passionate desperate cry of my heart to do whatever it took to go to the top.  I was willing to take anybody with me that wanted go, but… for those who did not share my vision, I would see them later with a report of my journey.

Well, I have been to the Top of the Mountain.  It was not quite what I expected.  It was windy… but the wind was like no wind ever felt in the valley.  During the day, the sun was so bright, it felt like the very fire of heaven was burning deep in my soul.  Then the cloud would come and every part of my being was saturated with the tangible molecules of God’s glory.  On the Top of the Mountain, I saw things, heard things, felt things, and tasted things, even smelled things – that have no words to describe.  All I can say is it was gloriously amazing.  How I wanted to live there!  I wanted to build a house on the Top of the Mountain, but alas, that wasn’t in the plans.

So, now I have been to the top of the mountain, how do I come down?  My head is still swirling from the exhilaration, the thin air.

I thought about other people that had been to the Top of the Mountain.  How did they come down?

Moses came down with a shiny face and the rocks that had been touched by the finger of God.  Whoa!!!  But, it didn’t work out too well for him.  He got mad when he saw what the “people” were doing. He even had a temper tantrum and broke the tablets of stone. I wonder if he lost his glow?  So what did he have to do?  He had to go to the top again for another download.  I wonder what his journey was like this time as he made his way up and down again?

Jesus took Peter, James, and John to the Top of the Mountain with Him.  There He was transfigured before them and joined by God’s other friends, Moses and Elijah.  (Hmmm… One could conclude, “The supernatural and the natural intersect at the Top of the Mountain.”)  Peter, in his works oriented self, proposed, building three shelters for the transfigured bodies.  That is really kinda funny.  Did he think a transfigured body would get wet in the rain or be affected by the wind?  They could just hop to another mountaintop.  But, I can kind of relate to Peter, beyond just the “bad idea” of feeling like, I have to do something.  When God spoke from the bright cloud, “This is my Son, whom I love; with him, I am well pleased.  LISTEN TO HIM!”  he had the sense to fall facedown.  An encounter with God will do that to you.  The awe, the terror, the fear, …. the secret. (Jesus does share secrets with His closest friends.)  Who will believe you if you do try to tell them?