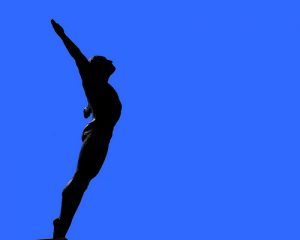 Are you willing to take a chance?

Are you willing to take a chance that God is not real?  What if the ideas that you have heard all your life about a supreme being are not
“real” just society’s means of controlling humans?

Are you willing to rebel against society and claim intelligent supremacy to say that you think there is no God?

Are you willing to take a chance that all that life is ever going to be is what is experienced here on earth?

Are you willing to take a chance that an eternity without God is the worst hell of despair that you think you have ever experienced?

Or will your logic lead you down a path to acknowledge the evidence that there is a God but your pride will keep you on the outside looking in believing that if there is a God He doesn’t care about you?

Has it ever crossed your mind that the thing separating you from the ocean of God’s love – His acceptance of you, just like you are, is not Him, but you?

God’s people are not Him.  Granted you would expect some to be a little more transformed into Christ-likeness, but even if they are not, remember the story of Balaam. God used a donkey to speak to a stubborn heart before.  They will stand before God to answer for their sins, alone, just like you.

Are you willing to take a chance with your faulty arguments to defend yourself:

“Everybody else is doing it, too.”  So, who is the standard of measurement?  Christ, His Word, or the “sinner who is saved by grace.”

“Yes, but You let me down when I needed you.”  Really?  Has it ever crossed your mind that what you thought of as “rejection” was really My “protection”?  I was there you just didn’t know how to see Me because of your anger.

“I asked you and you didn’t answer.” I did.  It just wasn’t the answer you wanted.
I always have had your best interest as my first priority.  Sometimes I say, “yes.” Other times I say, “No.”  But a lot of times I say, “Later.”  For if I gave you want you wanted now, you would not be strong enough to handle it.

“I believed that Jesus died for my sins.  So, that means I am saved, right?”  The devils believe that Jesus died and rose again, too.  If you really believe something, it will be reflected in how you live your life.

The mind is a gateway.  The path to Truth goes either up or down.  There is no such thing as sideways.  It is like light.  You either have light or darkness.  Dimmed light is tainted with darkness.

The path to finding Truth that will set you free from torment, free from hopelessness, free from an eternity of fire begins with repentance.  Repentance is admitting you were wrong and sorrowfully turning around to do something different.  God has promised that He would never leave you or forsake you.  He will give you grace to turn and mercy in the meantime if you let Him.