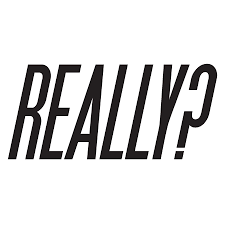 We all know David as “the man after God’s own heart” who was quick to repent.  That has bothered me for awhile.  Yeah, after confronted by the prophet, he smote his chest and repented.

But from that fateful spring when he decided to give himself a break from the effort of making war and contending for the city of Jerusalem, and he went to the roof of his house, it was a year full of sleepless nights.

Really, David, what were you thinking? What part of the scheming to take another man’s wife never occurred to you of the multitude of commandments you were breaking?  During your many nights of insomnia, was there never a bit or remorse or were you just in overdrive to manipulate the situation around you because you had the power to do so?  Were you so blinded by your “arrival to the big time” that you forgot the door that got you there was “delighting in the law of God?”  Did you receive the “rights of Kingship to have whatever you wanted” as the right to dishonor a loyal friend?  You could see in the injustice in the story the prophet told me, how could you not see your own behavior?  Really?

I wonder if the day the prophet came to you if you had finally reached the point of desperation that you were glad to repent?  Were you ready to do anything to get you out of the “hell hole” you had created for yourself with your denial, haughty plotting, and fear of repercussion? Really?

I am so glad you learned your lesson and shared your journals with us that we too can cry out for God to “search and test our heart” and to “renew a right attitude within us.”  I am so glad when you were confronted that you didn’t deflect, or make excuses, or try to justify your actions.  Your example of repentance is a great blueprint for the kind of response that we should have.  Really.

I pray for the release of a spirit of honesty to penetrate my mind to my heart that I can be quick to repent and allow the blood of Jesus to cover me making me righteous.  I pray for faith to receive forgiveness and not condemnation to believe that when I repent that he is able and just and does forgive.  Yeah, and I pray that the revelation of my “junk” happens in the privacy of my sleepless nights rather than in public place.  Thanks, David, for being the example, so we don’t have to be.  Really.