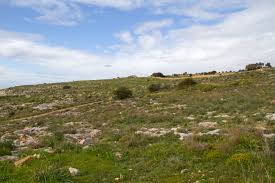 “Seeing the crowds, he went up on the mountain, and when he sat down, his disciples came to him”  Matthew 5:1 ESV

With the gentle breezes blowing across the faces of the committed, resting from their effort to climb beyond the crowd, they sat with Jesus. There He explained the government of His Kingdom. It was the “who, what and how” of the Kingdom of God. The “why” would come later. The Sermon from the Mount could easily be thought of as the Kingdom Constitution and the Beatitudes as a description of a Kingdom Citizen. At the end of His teaching that day, the crowd was amazed at His authority. You have to wonder how much they heard or understood since they had come for the show.

Jesus had celebrated a fantastic thirtieth birthday at the river with His cousin. He got to hear the familiar voice of His Father as He received His Jewish blessing into ministry. Then with a heavenly tour guide, He spent a few weeks in the wilderness embracing His humanity. After which, He was “filled with power” and He became a celebrity. He became a celebrity for what He could do.

But on this day, He went a little higher to say “beyond what I can do, this is WHO I AM. This is Me. I am the King. My Kingdom is a function of Me. My Kingdom is NOT like the kingdom of man. It is established in the hearts of those who will follow Me. There are those who ‘Believe’ in their mind. Then there are those who ‘follow what they Believe’ from their heart. To go from being a Believer to a Disciple takes effort, takes desire, takes being separated from the crowd. Do you want to be in My Kingdom?”

As the gentle breeze blows across our face, let’s lean in a bit closer, let’s dig a little deeper, let’s make the effort to know the heart of the King as we sit and ponder the truths that Jesus shared that day on the mountain.

“Our Beautiful King, today we climb a little higher,
opening the doors of our heart a little wider, and say,
“Come be the King of all the kingdoms in our heart.”
Let us be Disciples who follow You with our actions.
We want to know Your Heart.
As we embrace the challenge to climb the mountain of this sermon with You,
we ask for the grace to let its message transform us into Kingdom Citizens.
In Jesus’s Name. Amen.”