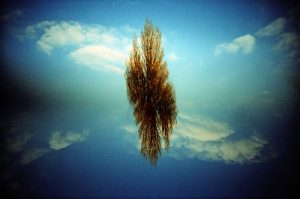 As I woke up this morning, I realized my soul was singing “Lord I want to give you all that is inside of my heart.”

Now, being fully aware, I heard the Lord say, “My people have mistaken My love for My approval – NO MAN WILL STEAL MY GLORY.”

Like in the days of Jeremiah, in this season of mercy, God is releasing a measure of grace to give His people time to repent.  God is that kind of God – full of mercy and compassion and longsuffering.  He gave Noah’s world a 100 years to repent.  He gave Jezebel 20 years to repent.  He gave David a year of sleepless nights to resolve the error of “being a “cultural” king instead of a “Godly” king.”  He did not immediately remove the Ark of the Covenant from Eli’s “church” even though there was some pretty messed up stuff going on there.

Because He loves us, He gives us time to repent.  But I have been in “the way” long enough to see the deception of the enemy walk into precious men and women of God whose pride has lulled them into a false security.  They think because they are “used” by God to release a sermon, or lead an anointed worship set, deliver a prophetic word, set a captive free or lay hands on the sick and they are healed that they have received His stamp of approval on compromises in their life – that the power came because they were so pure, so holy, so righteous, so awesome.

God will use those who have made themselves AVAILABLE.  Do you think Balaam’s donkey is dancing on streets of gold right now?

It cannot be denied, that the sensation of exhilaration that comes from feeling the power of the supernatural flowing through you as you speak or sing His word is incredible and indescribable.  But the pride that comes from thinking that God “chose you” because you were “more gifted, more special, more ‘whatever’” is an open door, legal ground, for the enemy to deploy his troops to set up camp in your soul.  Strategic and patient, he cunningly hides in pockets of redeemed soil building up his arsenal.  Slowly advancing, he creeps along looking for hidden, long forgotten, buried legal permission to build his base camp.

There is a rumble in the heavenlies as the roar of the lion of Judah is being released.  Jesus is coming to take back what is His.  He is coming to wake up His sassy, lazy, fat bride who has lulled herself into an intoxicating slumber drinking the wine of His love mistaking His generosity for His approval.

It has been said the ground is level at the foot of the cross.  Man’s recognition of “our assignments” or “giftings” does not create a ranking in heaven.

“If my people, who are called by my name, will humble themselves…” Wouldn’t you rather “humble yourself” in private, rather than have to suffer public humiliation of the tumble? I would.

My heart is crying out in repentance – for myself, for the church, for our Christian nation.  “God, touch us with a Holy FEAR of You.  Search our hearts. Forgive our wickedness. Tear the veils off our eyes.  Heal our wounds. We want our identity from You not from what we do for You.”

Ponder these words with me today:

and does not bridle his tongue but deceives his own heart, this one’s religion is useless.

Pure and undefiled religion before God and the Father is this:

to visit orphans and widows in their trouble, and to keep oneself unspotted from the world.”

And My glory I will not give to another,

Nor My praise to carved images.”